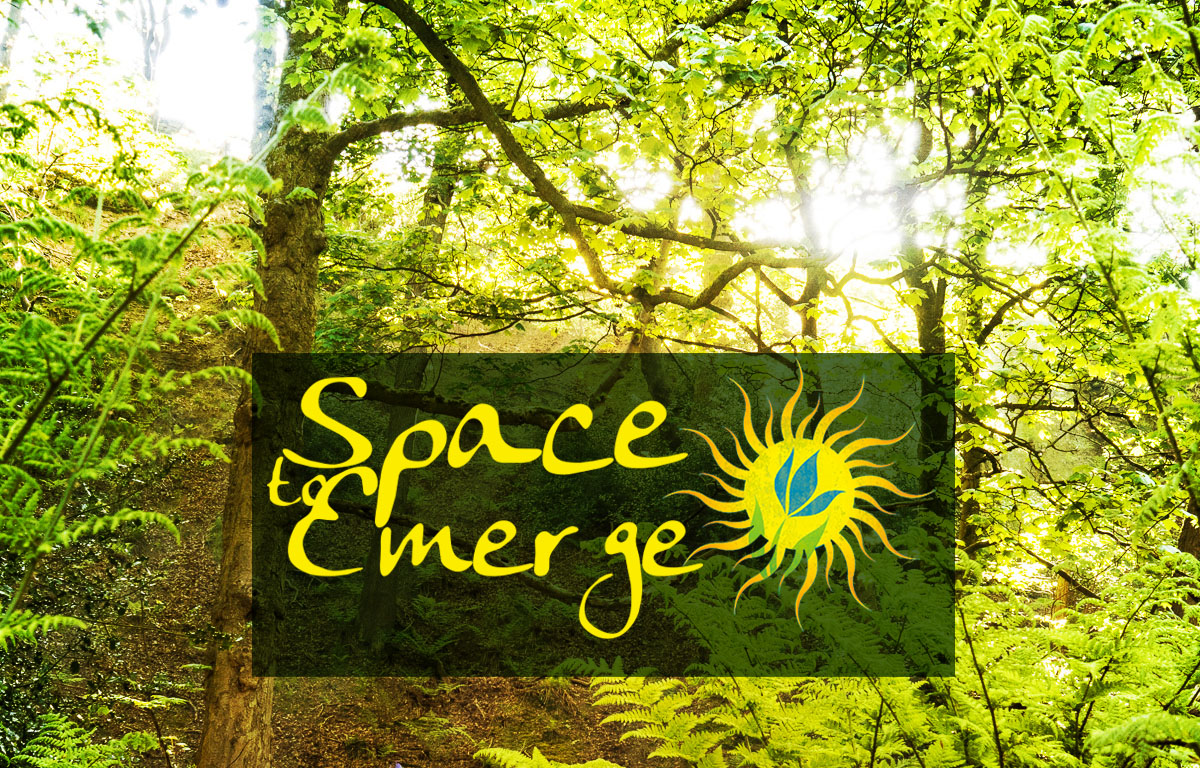 Are you holding on to things in your life which no longer fit? Do you find it hard to let go? Even though you know somewhere deep down inside you, away from the chattering mind, that it’s the right thing to do?

Well, this feeling is a familiar friend to me too, and today is a landmark day for me. Today I am letting a major piece of my old life go and I want to share the story with you.

I would say since 2006 I have been on the path to changing my life. I was 26 years old, and it was almost to the day when I took the spirituality fork and started to move away from the mainstream.

As I went through the transition, I couldn’t let go of everything at once. I used to be extremely fearful of change, and cling onto everything in my life as tight as I could, even though I was unhappy with how my life was, stressed, tired and approaching the cliff edge of full on depression.

So, I learnt to let go piece by piece, when it felt right or when I was guided to in a journey. When I saw signs out in nature or when circumstances presented themselves and I could see that it was clearly time to let go and move on. When I look back, some changes were really sudden and dramatic, and others more gradual and undulated.

I want to share with you my story of how I let go of my old working life, and fully embraced a change in my work to something which I loved doing.

Today I am finally and fully letting go of the profession that sustained me for nearly two decades. I am closing the door on what was my life-line if you like. Something which gave me a focus and was a big part of my identity. It fed me, clothed me and gave me somewhere to live. It gave me many of my friends and my first husband. It gave me a purpose and a belief in an unchanging future. It was the thing that kept me going through difficult times during my twenties and thirties. It was the thing I worked so passionately in for almost 20 years. It was my career; that thing you were told at school you needed to get.

My career was in what is called corporate sustainability; working in business to help reduce the impact companies have on the Earth, and the people they interact with. It was a tough gig for two key reasons. Firstly the teams I worked in were hugely under-resourced for my whole career, even before the recession hit us.  I was always part of only a very small team, whichever company I worked in, and had either very little or no budget for delivery of projects. When I worked for the Co-operative we used to joke it was ‘corporate social responsibility on a shoe-string’. It was just us, and our time, which meant because I cared so passionately about what I did I put in a lot of unpaid overtime.

The second was that if we were going to achieve the level of change that was needed, we would have to drop the capitalist model, which was never going to happen. As long as money is the only consideration, then everything we did needed a business case, which was a huge constraint. I stuck at it because I believed it was my path, and it probably was for a while, but looking back it was really just a stepping stone for where I was destined to go.

I worked in the construction sector for many years. In 2011 I was made redundant as a direct result of the collapse of the sub-prime market in America in 2008 when finance ceased and construction contracts dried up. As so many of you will agree who have been in a similar situation, loosing your job is incredibly stressful. However even though I was really anxious about money, and work, I decided to see this as a gift from the Universe and use it to set another course.

So rather than get another sustainability manager job, I decided to go at it alone. I saw that it would give me the freedom to choose exactly how I would spend my time. My intention was to work less hours earning money, which would free up my time to train in something else, to volunteer to give me new experiences, and ultimately give me time to listen to and follow my heart. I had no idea what that would be, but i trusted that it would evolve. It meant cutting back. When circumstances arose which meant I had to move out of my house, I chose to live in a caravan to keep my bills low. I stopped taking holidays, and cut down on eating out so it was just a luxury on special occasions. Some of the changes were drastic, and living in a caravan for two really cold winters wasn’t that much fun I have to say!. But the changes gave me precisely what I needed, which was time and space.

My consultancy business was set up only ever as an interim solution. It was the vehicle which was going to help me make the shift into the work which I was truly destined for. I was clear on that, as I didn’t want to stay in my career for any longer than I had to to pay the bills. I knew I wanted to do more soul led work, whatever shape that would take.

There were many aspects that I disliked about being a consultant. I missed being inside an organisation effecting change from within. I struggled with the different cultures of the organisations I worked for, as I didn’t fit in many or agree with their values. It was hard working on my own, and not having a boss to take problems so they could help me sort them out, or a business partner to support me with aspects of business that I found very hard like legal issues.

It was a tough gig but I stuck at it because it was a necessity, and it paid off. After four years, I had enjoyed enough space to follow my emerging interests, and attend training courses which taught me what I needed to know to be someone else in the world.

I wasn’t ready to let go and make the jump into something else fully, as it scared me. It scared me to let go of something which had sustained me in so many ways for so long. It was a nature sign which gave me the final push I needed. I won’t write too much about this here, as there is a whole other blog which covers it called “When birds start falling out of the sky”

Suffice to say, that when birds did start to drop out of the sky in front of me, it was pretty clear that I was going in the wrong direction, and it was time to change.

Now today, I am letting go of the final piece. I am letting go of my old business website. This is my window to the world to say that I am a sustainability consultant and open for business. The reality is that I haven’t done any business for 18 months, and I have known that I need to fully let it go since May 2015, but I just haven’t quite been able to do it. My guides have told me to close that part of my life down, and although I took steps to, I didn’t have the guts to finally do it until last week.

But I didn’t need to. Gradual felt good. It felt like I wasn’t putting all my eggs in one basket, and relying entirely on blind faith. That door partially left open was enough to give me the confidence to go forward.

When I worked in a company as a sustainability manager, my time wasn’t my own. I gave them 45-60 hours a week to deliver on their goals, their agenda.  Yes at the time they felt like my goals. And they were good goals, reducing waste, energy, buying sustainable timber in a construction firm. But they weren’t my souls goals. And I was very constrained. Constrained in corporate image, the business plan, and the need to make a profit.

When I had my consultancy business, I had more control of my time, and created space so that I could emerge into someone else in the world with a new line of work to offer. I still had to give part of my time over to others agendas in order to earn money to live, but I didn’t need to give it all over.

Now, completely out of that game, all my time is my own. This is where my creativity can come in and be unleashed. Whatever I want to do in my work as a shamanic practitioner, whatever I am guided to do, I can go ahead and do it. I can tune in with my guides and seek their instruction. I can wander in nature and seek insights there. I can follow messages from my dreams. This for me is the ultimate freedom, to be able to use my creativity like this.

Five years ago I would never have seen that I could do all the things that I can do. It’s not been easy getting here, and not every day is easy and straightforward. i still come up against my edges – I brought those across with me from the corporate world. I still have some of the the usual day-to-day worries which I had when I was working in a career. But I am doing the work that I love, and I am closer to my purpose here on Earth.

So it’s all been worth it. I am sure I will continue to hold onto things which I need to say goodbye to. I am sure that fear will set in from time to time and hold me back. But my way of ‘slowly and surely’ has helped me. Letting go a piece at a time. Being patient and seeing that one course of action may not be ideal, but it will create change and be a stepping stone in the right direction. That if we look at change over a five year period, or even longer, a lot more seems possible to achieve.

I want to leave you with a few photos of my Spring, which I have loved. Exhausting, but so much fun. A stark contrast to my office days delivering flip chart presentations and syndicate exercises in board rooms and construction site offices I am sure you will agree!

So, if you have made it to the end of this blog, then I imagine that you are in a transition, and looking for a way to move forward. Maybe my story will give you a perspective, some inspiration, some encouragement. Or maybe it was just an interesting read. I know when I was in my depths of not knowing how to find a way out I would look to others who had made the leap, and tell myself that if they had done it, maybe I could too.

That it is OK on the other side! … it may just take a while to get there.